Kathy was born on March 16, 1947 in San Luis Obispo, California, when her father was finishing college. Kathy was an enrolled member of the Hoopa Valley Tribe and a Karuk and Yurok tribal descendent.  As a child Kathy gathered basketry materials with her grandmother and had several teachers, especially her aunt Vivien Hailstone, who influenced her interest in the traditional art of basket weaving of her ancestors.

Kathy dedicated her adult life learning, teaching, and preserving traditional arts, especially the basketry traditions of her tribal peoples.  She became well known as a basket weaver, educator, and community activist in helping to revive the art of basket weaving throughout California. She was a founding member of the California Indian Basket Weavers Association. She taught for over 20 years, including many workshops on traditional basket gathering and weaving techniques.  She helped educate forest service personnel and other state and federal agencies about traditional gathering practices and detrimental effects of pesticides in traditional gathering areas throughout California.  She taught classes in Native American Studies, including basket weaving at San Francisco State University for the last several years of her life. While there she also worked, through the Native American Graves Protection and Repatriation Act, to have cultural and grave items held by the university, returned to tribal communities

Kathy touched and influenced the lives of many friends, students and family members, in so many positive ways. She was a shining star to many as she shared her loving heart and creative and strong spirit with the world.  She will be missed, but we will see her continue to shine above us and in our hearts.

Due to Covid-19, there will be no service at this time.  A memorial service will be announced at a later date. Kathy’s ashes will be buried in the Hoopa Cemetery. 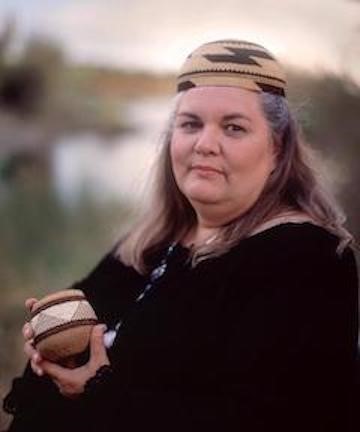